I love the books I publish at catkin press. The latest is a wonderful memoir in haibun by Haiku Canada member Hans Jongman, with a section by his wife Farida.

As soon as I started to read the manuscript I knew I wanted this for a catkin book, but as I continued reading, I was captured by story, the haiku between the prose, the sense of a long deep relationship. It is punctuated with pathos and humour, and wanders all around the world. Photos enhance the sections well, as in this one in which all his sixteen-year-old hopes and vulnerability on his first sea voyage are apparent.

Farida’s written contribution (as opposed to her part in the overall story) leads to the later sections and the possibility of resolving a longtime situation.

I don’t want to say too much, except that it is mystery and a bit of treasure hunt for the things that really matter in life.

Hans’ peripatetic life began in Holland in 1951, and before eventually settling in Toronto, goes to sea, takes flights, car journeys. It keeps longtime friends, falls in love, has children and grandchildren, as many do. But his and Farida’s together make an extra intriguing literary intertwining.

He gets out of the haibun form all that Basho meant the form to produce; haibun adds lightness and space and the opportunity for the reader to breathe, and to add their own connotations. The text has several titled sections, such as one called “The Most Beautiful Eyes”, and another, “To Sea”

When Farida (the owner of the beautiful eyes) writes, the tale is succinct, easy to follow.

Not haibun, just good straight effective prose. She says what she has to say, what she wants to tell, cleanly. No flounces or purple language here. Though not known as a writer, I think she should consider writing more in the future.

Read this book also for a picture of what it was to be a teenager in Holland in the 60s, for the situation of a young woman who loses her mother and is cut off from family. This book isn’t only for those who know the haibun form; anyone who enjoys a good read will love it.

On the extra benefit side, the haibun form may, because of SWOONING discover a new cohort of followers when they find what an accessible form it is and how subtly the haiku enhance the overall writing.

There’s something about deciding to create a short edition of little handmade books, the planning, the figuring out how what poem to use, how to lay it out. 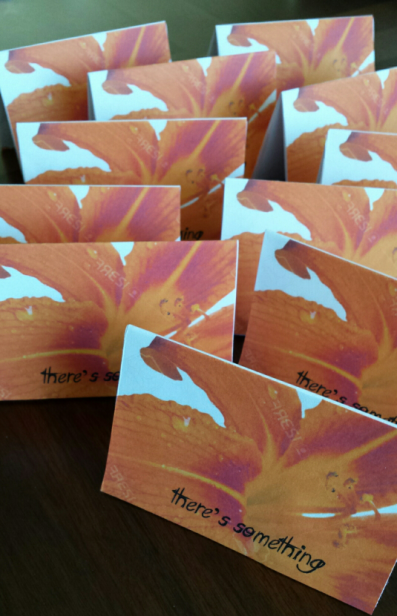 You decide on a set of flutter books. You want it to be simple, to be made from one sheet of paper, and you’ve done this before.

There’s something to choosing the poem, to thinking it’s ready to print, then editing and re-editing.

There’s something about the decision to use a cover illustration, deciding on the kind of image you want, and figuring out where to find it.

You don’t know how to use those graphics programs, the highly technical ones, don’t understand how to use its layers, so it’s back to one you acquired, around the time of the dinosaurs. It came with a camera in 2006, and is no longer available even online.

So you make do, print out proof after proof. Move the illustration a little higher, try a soft edge on it. Choose a title font. Try it in different points.

Now that you’ve printed proofs, you reread the poem. There’s something that isn’t ringing the way you want the poem to ring. Rewrite a line. Rewrite another. Reposition new text.

There’s something about signing, numbering, dating what you’ve made. There they are, ready. You’re not sure exactly, what they are ready for; it doesn’t matter. 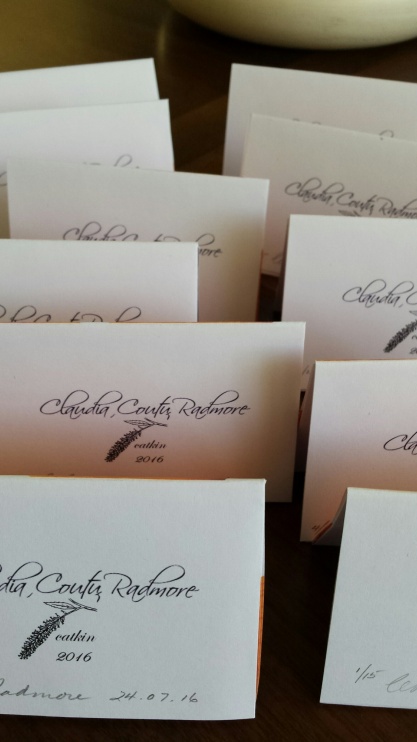