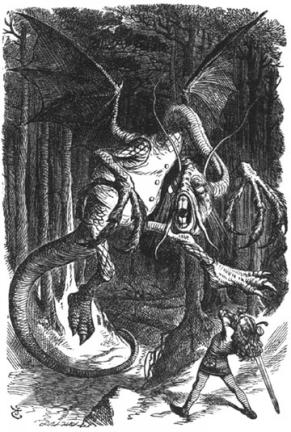 Although I have been in the teaching profession all my life, it’s been a while now since I’ve been in a classroom. I love teaching though, so when asked, I said yes, I’d teach poetry to an elementary school class. While waiting for the class to start I began writing words from ‘Jabberwocky’ on the whiteboard. MIMSY  BRILLIG FRUMIOUS VORPAL MANXOME MOME SLITHY… and as I printed, I could hear the students sounding them out, curious.

I began the session by reading ‘How to Paint a Donkey’ by Naomi Shihab Nye. The discussion became a bit warm as to whether a real donkey was being painted, or whether it was about a painting of a donkey. If we’d had time, we might have written that second version together. But they’d all been put down some time in their short life, and they empathized with the child speaking in the poem.

I’d made booklets up with poems about supernovas, the teeth of a shark, the first bright spark; we talked about rhyming and where rhymes might be in a poem, about the look of a poem and the sounds in poems, about what a poem could be about. Once we’d studied the words on the whiteboard, imagined what they might mean, I read Jabberwocky to them, brought up that they could even make up words if they wanted to.

We had more fun with a poem I wrote called ‘ode to the land down under’. Once we pinned down that it was about Australia and an interesting true vocabulary that Australians habitually use, I read them a poem full of place names like ‘woolloomooloo’, ‘toowoomba’, and ‘wahroonga’, phrases like ‘in the land of the barking frog’, and ‘pozzies, mozzies and cozzies’, but the sections they liked most were:

They all wanted a chance to read a poem, so some got read twice. I had to drag out my notes on supernovas so they would believe the part about us all coming from stardust. I could hear the exhaled awe on that idea, which pleased them a lot.

One thing I wanted to talk about was that some of the biggest places were inside of them, that their imaginations were the biggest of all, so I asked about big places, what they could think of, and got castles, and the Canadian Tire Centre and space, galaxies… and then one quiet little redheaded girl put up her hand and literally breathed out the word ‘heart’…Well that was making my morning.

I had four haiku at the end of the booklet. What were these poems. None had heard of a haiku, which was wonderful, because I could start them off the right way, not counting syllables. I explained what many people thought, that a haiku meant 5 – 7 – 5, but told them about the difference between languages. I told them about living in a country where our word ‘piano’ meant nothing to them as most people there had never seen one. In Bislama, they called a piano wan-samting-blong-waet-man-we-i-gat-waet-tut-mo-blak-tut-mo-taem-you-kilim-hem-hemi-criaot-olsem-wan-puskat (which means ‘something that belongs to a white person that has white teeth and black teeth and when you hit it, it cries out like a cat). They seemed to get the idea of poems in seventeen Japanese syllables needing fewer words in English.

They were interested in the idea that haiku usually had a season word. We looked at the four poems in the book so they could get an idea of what that meant. The fun for me was that when I said we sometimes called haiku one-breath-poems, they all had to try that out. I could see them saying poems to themselves, seeing if that was true.

The haiku I presented were these:

November skies/ jellyfish hide/ inside themselves

in the throat of the lily/ a spider/ wraps a fly

They wanted to know why they were poems, and what the one about plum blossoms meant. We acted that one out, the pink flowers falling onto those that were already on the ground. I am very glad I left these haiku to the last, because once we got on the theme of jellyfish, that was the end of everything else.  Jellyfish and Mexico, stingrays and swimming with jellyfish. We could have gone on for hours.

This was all part of Arts days, a two day happening in St. Mary’s Catholic School in Carleton Place. Artists, dancers, and writers came in for these artistic culture enrichment days. My thanks to Arts Carleton Place for asking me to be part of the fun. I’d certainly do it again. Thank you Inara Jackson for organizing this two-day experience, and to the school and its staff who were wonderful hosts, and the students were bright and simply terrific.

One thought on “Poetry with nine and ten year olds”